Over Eighty Years of History

Any company with a record of longevity like the Phillipsburg Memorial Company certainly should have experienced a number of major changes in its operation over the years. The difference in our case is the age-old adage that the more things change, the more they seen to remain the same. While most manufacturers have become more and more involved with hi-tech development, sophisticated production techniques and modern marketing approaches, we on the other-hand, may have made some major manufacturing changes, but we haven’t changed our marketing philosophy in over three quarters of a century. This paradox is just one of the many reasons why ours is truly a unique business. 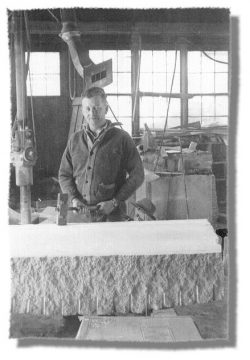 The Ehrhardt family business started in 1939 when Friend W. Ehrhardt, after having been employed by the company as a part-time salesman since 1926, purchased Jacob Schwar’s & Son Monuments, which had already been part of the Phillipsburg community since the late 1800’s. (Although undocumented, some local history buffs believe the monument company may have had an owner even prior to Schwar). The Schwar’s company was originally located near the railroad yard on South Main Street, which made incoming shipments of granite from Vermont a relatively easy process.

During the carefree times of the early to mid-20’s the company prospered and additional space requirements forced the move to its present location in 1928.

However, with the 1929 stock market crash and subsequent depression of the late 20’s and early 30’s the company’s prosperity came to a crashing halt. Times were so tough in fact that Friend, like so many others during those times, was forced to seek additional employment. To augment his steadily decreasing income Friend started driving truck for Schiables Bakery located in Easton, PA.

Up until 1939 not much had ever changed in the monument industry. Since the typical grave marker of the day could require the dulling of 60-80 chisels, the need for a good blacksmith was obvious, and just about every monument company had a blacksmith on staff. But, major changes were on the horizon with the advent of the carbide tip in the early 1940’s.

In addition to all but putting the blacksmith out of monument business, the carbide tip marked the beginning of a series of industry-altering changes. Up to this point, monuments were manufactured locally from huge hunks of granite and stone imported from Vermont, South Dakota and Georgia. By the mid-40’s the manufacturing process became more efficient and less expensive when completed by the suppliers themselves. Changes were also taking place at Phillipsburg Memorial Company.

In the mid-40’s, after returning home from a two-year tour of duty with Uncle Sam’s forces in the South Pacific, Willard Ehrhardt, Friend’s son, was eager to become the second generation involved in the family’s enterprise. Willard’s first challenge was deciding on how to keep the family business growing during a period of ever increasing competition. Determined how to approach a grief-stricken family to discuss a monument or marker had always been a concern. This lead Willard to a marketing decision that would affect the company for decades to come and still stands to this very day. 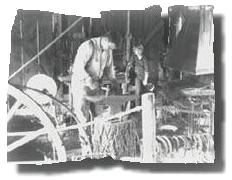 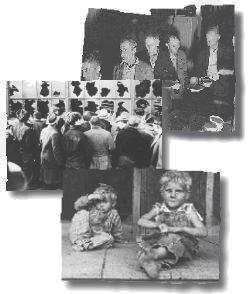 Phillipsburg Memorial Company never solicits individuals or families. As a matter of fact we’re even hesitant to follow-up on leads from well-intentioned family or friends of a deceased loved one. We prefer prospective customers call themselves.

Our marketing philosophy, put into effect nearly 50 years ago, is partly responsible for our continued growth and success. To this very day we use radio advertising and print ads to promote the only message we want delivered to our customers. That is, when someone needs our services, we understand and are sensitive to the situation, and we’ll make every attempt to provide them with quality workmanship and a remembrance of a loved one that they can be proud of. 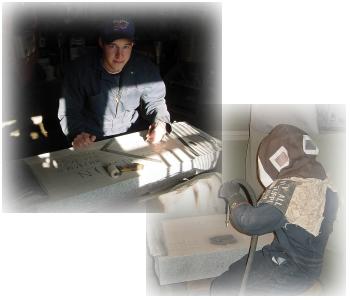 Upon graduation from Phillipsburg High School in 1968 and 1973, respectively, sons Glenn and Lynn joined their father, becoming the third generation in the family’s monument business. In 1985 we formed a partnership. In 2000, after graduating Phillipsburg High School, Glenn’s son Randy became the fourth generation to join in the Ehrhardt family business. The close professional and personal relationship of father, sons and grandson is expected to ensure the future of Phillipsburg Memorial Company for many years to come.

Technical advances have, in many cases, removed the craftsmanship aspect of the monument business. But, this fourth generation monument family is most proud of the fact, unlike many other companies, we still continue to letter and carve headstones on the premises – affording customers truly personalized memorials. According to Willard Ehrhardt, “Each monument represents a person’s page in history and we create all of our memorials with that thought in mind.”